Home » Celebrities » Alison Brie Reveals Battle With Body Dysmorphia — And The Workouts That Help Most!

It’s hard to imagine someone who looks like Alison Brie feeling terrible about the way she looks, but that’s what body dysmorphia does.

The GLOW star covered the latest issue of Women’s Health this week and opened up about more than just fitness. She also illustrated rather effectively how physical and mental health can be so closely aligned.

The 37-year-old recounted how seeing herself in such a negative way would affect her early in her career, saying:

“I go back to red carpet photos where I thought I looked so horrible, and there are some where I now think, God, I looked beautiful. And I’ll remember: An hour before that I was in tears; I thought I was so disgusting. I think it’s something I’ll probably be working through my whole life. And depression too.”

Yes, in addition to body dysmorphia Alison is also keenly aware of her relationship with depression.

Mental illness can be traced back to her maternal grandmother, who she revealed suffered from schizophrenia and as a result, spent a lot of time being homeless.

“The rest of my family then dealt with the trickle-down effects of trauma. And that meant depression more than anything.”

For Alison, that depression is always there somewhere; she explained it “comes out of nowhere and really blindsides me.”

Believe it or not, the best medicine for Brie is exercise. She told the mag:

“When I’ve been in a really serious depression, I’ll drag myself to a yoga class — even if I don’t want to be around people — tears streaming down my face. But, get in class, get out of your head, get blood flowing. It ends up helping eventually.”

Obviously it helps being married to a great guy, too. Alison says about hubby Dave Franco:

“I’m so lucky I’m married to a really wonderful, open person. We have great lines of communication, and I can talk often about my feelings.”

That communication has been really helpful when it comes to the exploration of Alison’s mental health issues. 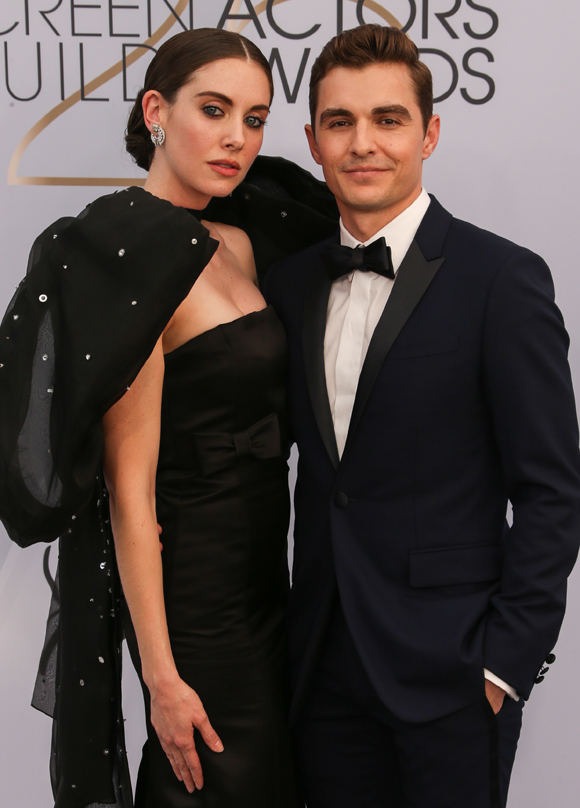 She says the hunky actor had no understanding of body dysmorphia before her — but thankfully kept his eyes and ears open and learned!

“It’s been funny talking to him about it. He said, ‘Before I knew you, I’m not sure I believed body dysmorphia was a real thing. It’s so interesting to me what you see — and what I’m seeing when I’m looking at you — and the frank discussions we have about it.’”

He definitely sounds like a keeper, that’s for sure.

Very excited to share my @womenshealthmag May cover! (Shot in a time when we were out in the world congregating with large groups of people!) SUCH a fun shoot. And I always love talking about fitness and my workout routine. It’s a big part of my life and something that keeps me in balance. Thank you to @lizplosser & everyone @womenshealthmag 💚 to @aingeruzorita for these awesome photos 💚 to @marktownsend1 & @mollyrstern for incredible glam 💚 and, as always, thanks to @risemovement @devinwiggins & @coachgarman for the bod! 💪🏼💪🏼💪🏼 **link in my bio to the full article!!

In addition to helping her mental health, working out has really aided in her dealing with the body image issue as well. She explained:

“It helped with my relationship to my body times a million. Before, I always felt at odds with it; I wanted it to be something it wasn’t. But I didn’t have the tools to do that in a healthy way.”

But it wasn’t just working out, it was doing the right kind of exercise. When she was young, “everything was cardio, cardio, cardio” — just trying to stay skinny. However, when she had to start working out for GLOW — to do the big moves like suplexes and body slams — much of which she does herself.

“It took the motivation out of being skinny for Hollywood standards and made it about being strong for lifting other women, literally. There was a real goal.”

And she wants all the females still afraid of strength training that she actually got slimmer when she packed on muscle — and “being small was a side effect of being super fit and muscular.”

“I like to lead the charge against people thinking that strength training makes women bulky. Jason uses my body as an example at the gym, because I can lift more than a lot of people. You can pack a lot of muscle into a lean little body.”

See some of Alison’s lean little body in the spread (below)!

Has working out helped YOU with your mental health? Tell us your story in the comments (below)! 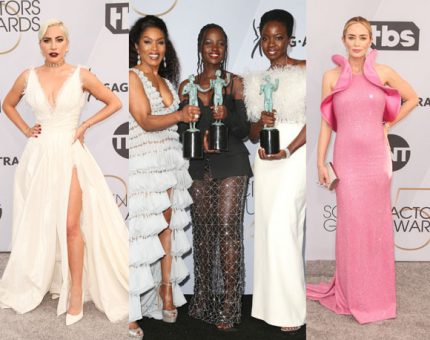 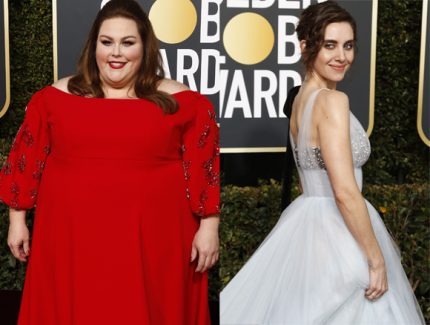 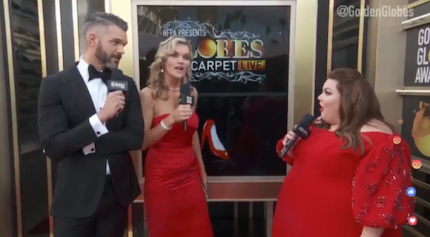