Alex Jones prepares to take down her Christmas tree

Alex Jones, 43,  in view of her 271,000 Instagram followers, has expressed her sadness at taking down the Christmas tree in her living room. The One Show host shared that she felt “more sad” than usual for the festive period to be over, as the country faced ongoing tougher restrictions.

Alex filmed herself by the carefully decorated tree in her stunning home, as she described it as a “tough” day for herself and many others.

The star looked naturally flawless, with subtle make-up, and wore her hair in loose waves.

She said: “Morning, hope you’re all ok. Well most of the UK is in lockdown… it’s tough, isn’t it?

“Got to say I feel quite flat this morning, especially now that it is the Twelfth Night and this beauty has got to come down.” 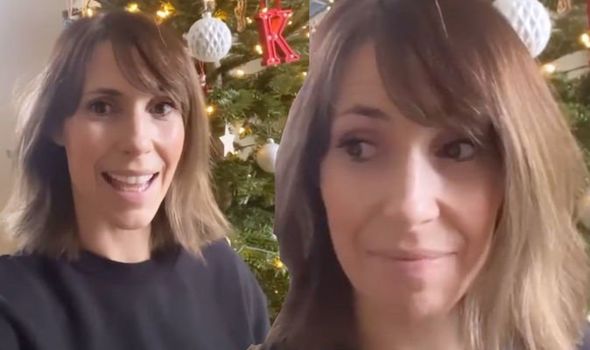 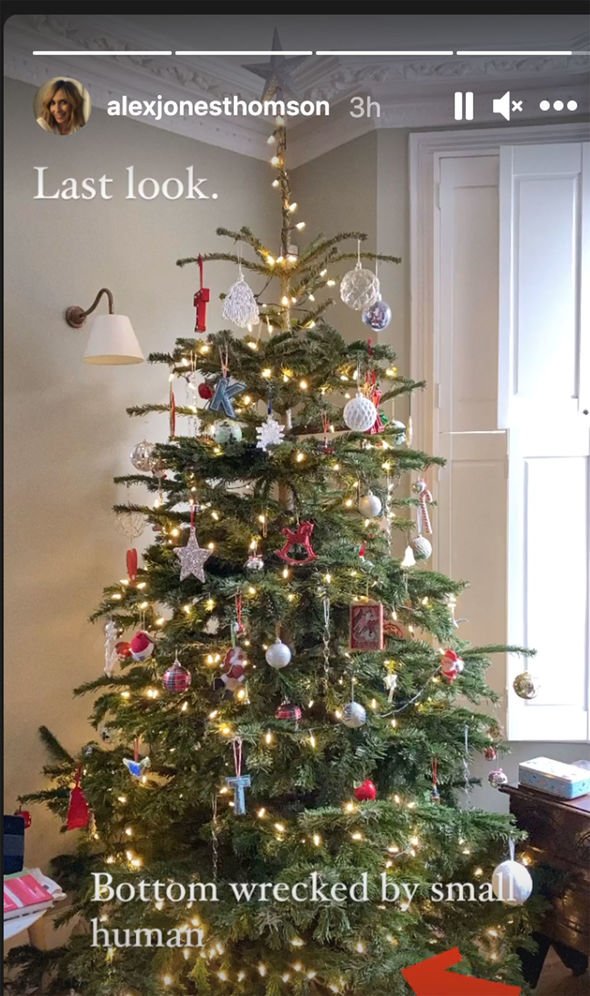 Alex added: “I love Christmas anyway but just feels more sad than usual. So here we go a mammoth task ahead all before going to work.”

Christmas trees are traditionally taken down in British homes after the Twelfth Night, which dates back to the fourth century.

This year the date falls on the 5th or 6th of January and it is considered bad luck to leave up any decorations after that.

It comes as Alex had admitted to putting on a “brave” face for her son after spending the Christmas holidays in London under tier 4 lockdown. 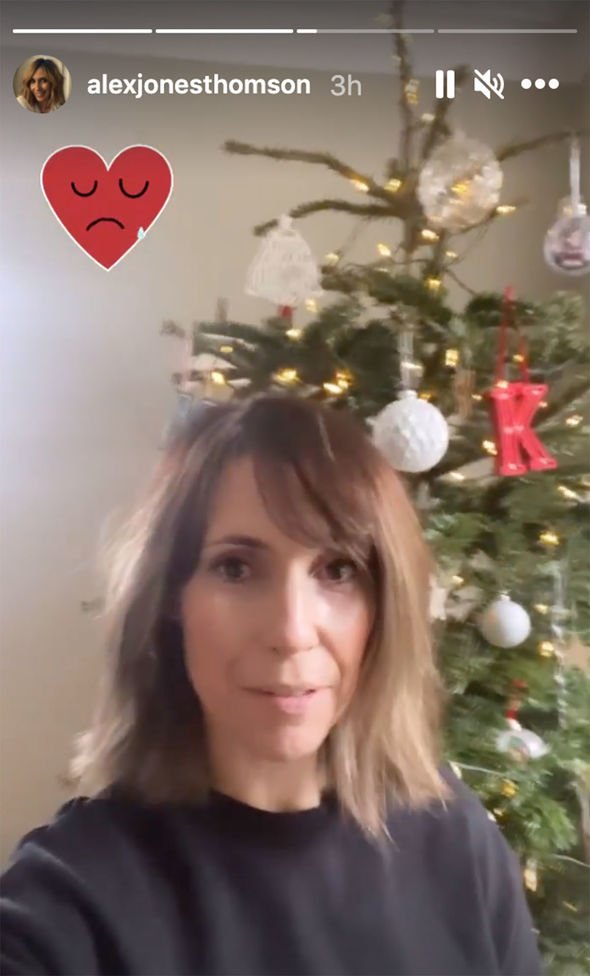 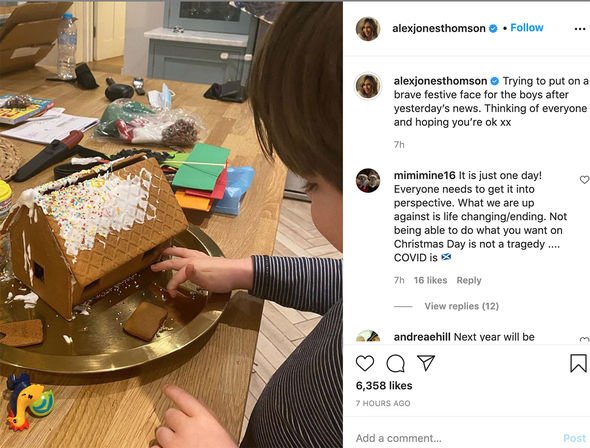 The star shared a post of her young son Edward building a gingerbread house on social media, as she tried her best to keep him entertained.

London and most of South East England were plunged into tier 4 back in December, and The One Show host said at the time that she felt “sad and disappointed” over the news.

Alex typed on Instagram: “Trying to put on a brave festive face for the boys after yesterday’s news.

“Thinking of everyone and hoping you’re ok xx.”

In response, one fan hit back at the star, as they said she should keep things “in perspective” over the new restrictions.

They said: “It is just one day! Everyone needs to get it into perspective.

“What we are up against is life-changing/ending. Not being able to do what you want on Christmas Day is not a tragedy …. COVID is.”

The One Show host agreed with the statement but also said it is okay for people to “feel down” after the latest ruling.

She responded: “You are right of course that perspective here is key but it’s also ok that people feel disappointed and sad some days.

“This one hell of a roller coaster and people quashing their feelings won’t help.

“We must all conform to keep each other safe and nobody said that not doing what we want on Christmas day is a tragedy but naturally, lots of people will feel down by the latest set of government rules and that’s perfectly natural,” she added.

The One Show didn’t air over the festive period, as the star took a much-needed break, however she returned to the programme yesterday alongside her co-host Jermaine Jenas.

The One Show continues tonight on BBC One at 7pm.