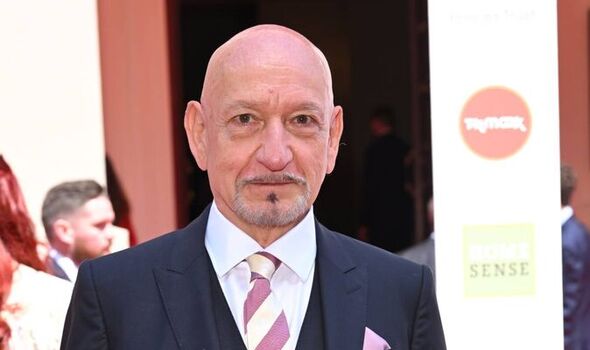 Gandhi star Sir Ben, 78, and his actress wife Lady Daniela, 47, accuse Leonardo Biagioni and Lara Harrington of leaving the flat like a “building site” after walking off a highend makeover.

They are suing them for undelivered luxury goods including a gold worktop and expensive kitchen appliances, plus damages for “conversion” – interference with their property. Alternatively, they want the value of the items, worth a total of more than £59,000, according to their lawyers.

Mr Biagioni argues he completed his part of the job – to advise on installations.

He says Ms Harrington, who now holds the disputed items, contracted directly with the Kingsleys.

Ms Harrington claims her contract was with Mr Biagioni.

She claims she left the job in South Kensington, west London, after the Kingsleys’ PA was “rude” to her. She says she is holding some household goods until she is paid £6,250 that they allegedly owe her.

A pre-trial costs hearing at Central London County Court was told yesterday that Sir Ben and Lady Daniela had commissioned a full “replan and restyle” of the flat in 2019.

But Mr Biagioni, they say, “quit” the retainer and said that Ms Harrington would also not be returning.

The Kingsleys’ lawyers told Mr Biagioni the works “are a very long way from being finished and it is currently uninhabitable and resembles a building site”.

They added: “That is not a situation our clients can tolerate.”

Ms Harrington’s solicitor told the court she and her firm, Lumiere Interiors, had attempted mediation.

Lawyers have said a future trial would dwarf the £59,000 value of the Kingsleys’ claim.